Corona becomes the first global beer brand to trial 100% plastic-free six pack rings. The new rings will be piloted in Mexico at the beginning of the year, with plans to test in the United Kingdom next year. Mexican lager brand Corona will pilot plastic-free six-pack rings which are made from plant-based biodegradable fibres, with a mix of by-product waste and compostable materials.

Corona said that if left in the environment, its six-pack rings break down into organic material that is not harmful to wildlife. It added that the industry standard plastic six-pack rings are made from a photodegradable form of polyethylene “that results in increasingly smaller pieces of plastic if not recycled”.

The plastic-free rings will be piloted in the town of Tulum in Mexico next year, with plans to test in the UK later in the year. 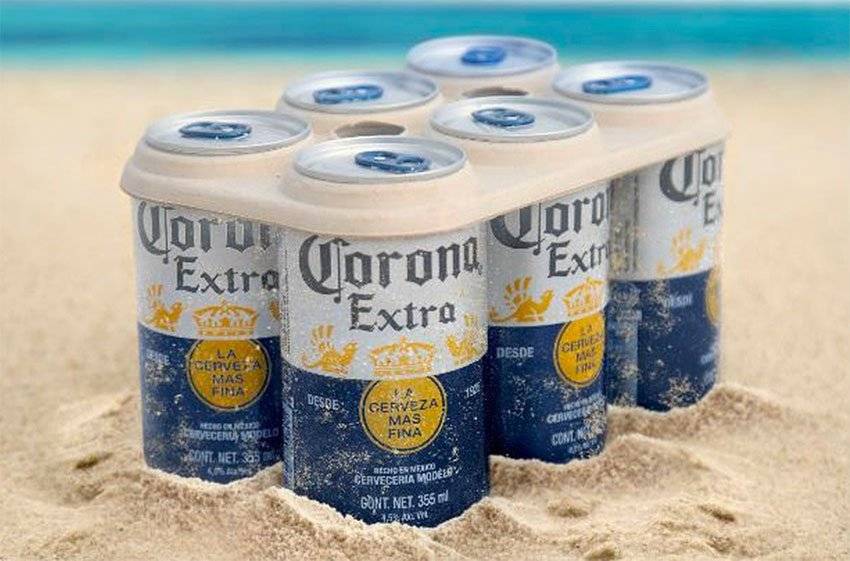 Corona announced that it will pilot plastic-free six pack rings in select markets as part of the brand’s commitment with Parley for the Oceans to lead the industry with eco-friendly packaging. Both Corona and Parley have a shared mission to help protect the world’s oceans and beaches from marine plastic pollution. The partnership began with a commitment to protect 100 islands by 2020 and expands to include the pursuit of scalable innovation that can change the status quo. With roughly 8 MM metric tons of plastic entering the ocean each year1, there is a need to confront the issue on multiple fronts, which is why Corona has adopted Parley’s A.I.R. strategy to not only “avoid” and “intercept” plastic as much as possible, but also help “redesign” solutions that use the material.

“Our oceans are under attack. We are taking their life in rapid speed, destroying the chemistry that allows us to be here. Therefore we are bidding on the few who take the lead in true change. The ones who are shaping the future with us. Corona is such an Ocean Champion, a powerful ally in our war against marine plastic pollution — and in building the material revolution that will lead us beyond it. We share the goal of phasing plastic out for good, because we simply can’t afford its toxic impact anymore.” Cyrill Gutsch, Founder and CEO, Parley for the Oceans

Since the partnership launched in 2017, Corona and Parley have conducted over three hundred clean-ups in over 15 countries, including the Maldives, Palau, Mexico, Dominican Republic, Chile, Indonesia, Italy, South Africa and Australia, with over seven thousand volunteers from more than two hundred locations participating in the project, totalling in more than three million pounds of plastic waste collected.

Corona added that the move forms part of its commitment with non-profit organisation Parley for the Oceans.

“The beach is an important part of Corona’s DNA and we have been working with Parley to address the issue on the frontlines where plastic is physically accumulating." Evan Ellman, Corona Better World Director

You have successfully subscribed!

Please login and you will add product to your wishlist